NOTE: First of all, there is going to be a few spoilers here and there on today’s post, so if you have never played any Metroid game (SHAME ON YOU) you may consider not to read forward. That, and I strongly suggest you leave anything you are doing immediately and get a copy of Super Metroid ASAP.

Still with me?, good. That means you have good taste and have made your homework. Let’s begin.

As you may know, exploration games have been a broad genre in gaming for quite some time, but if one formula has stuck with us for almost 30 years above all others it has to be the famous Metroid gameplay style.

This means having a huge world to explore without almost no clues about its structure from the beginning. A world where you face roadblocks in your way every now and then that force you to search for new gear that will help you progress. A world where you will face strange new enemies around every corner and that will sometimes deceive you into thinking you are making progress when in truth what you have to do is to just go back the way you came and try a different approach.

This is a formula that has been perfected and copied for quite a long time now, to the extent that this whole genre is what we now call “metroidvania” games.

I love this kind of games, and on top of that I’m a HUGE Metroid fan. I love this gameplay style so much that I’m currently working on a small exploration platformer myself. But enough of that already, I’m here to expose a few bits of game design that compose this kind of gameplay style in order to help people understand what makes this formula so addicting and entertaining. I’m just going to scratch the surface of the whole idea, but hopefully it will be of use to those lost people wondering where to start.

It’s all about roadblocks, really.

In your usual 2D platformer players expect to play the game levels from start to finish, left to right in a one-way only ticket fashion. Kicking through them one after another, punching through the eventual boss battle until they reach the end.

What makes exploration games so cool is the fact that they shatter this way of thinking from the very beginning. And they do it by placing roadblocks in your way. Just check the first 20 seconds of Metroid (FDS/NES): you start up the game, go right like you have done a bazillion times before and BAM, you face a unpenetrable wall. You just started playing and you are already stuck. What the hell happened? – the player asks himself-, “I must have missed something!” – he thinks-. And then he proceeds to go back left until he realizes the item he needed to overcome the first obstacle was just right at the beginning, only on his left side, where he is not really used to go and look first. This teaches the player an important lesson about the game itself: you have to explore the whole map in any direction in order to actually make progress, since the way to advance is not always going to be the most easy one. 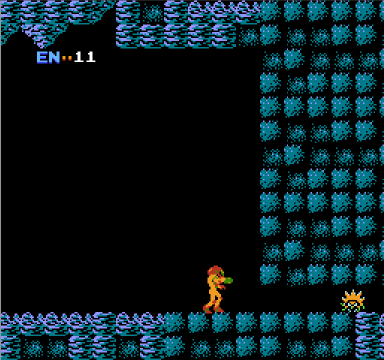 Ok, so now that we have players exploring every corner of the map in order to search for the exit we are going to add something else to spice up the gameplay: non-accesible parts of the map that are visible to the player. Let’s put it with an example: you arrive at a room where you can see an interesting power-up hanging from the ceiling but when you try to jump to get it you realize your jump does not even come close to be able to reach it. On top of that, this room has no other apparent way out apart from the one you came in through. The player has no other option that to go back and assume that he will have to let that juciy power-up go for now. But one thing is sure, he is going to remember, maybe not in a precise way, but as he continues advancing he is going to keep that frustrating memory of unfullfillingness with him until the point when he acquires a super-jump ability. That moment something is going to click on his mind and he will remember that room, and he is going to backtrack all the way back just to see what that item was.

This mechanic is so powerful that is the main thing that takes people coming back to this kind of games. The itch of completion and full exploration of the game world drives players ambition throughout the whole game, and makes them more and more interested in the game world. Of course, not all these “hints” are as clear as the power-up example I explained before, they may be really well hidden and they can even be completely invisible to many players. Of course, the more difficult to find a secret room is the better the reward will be. 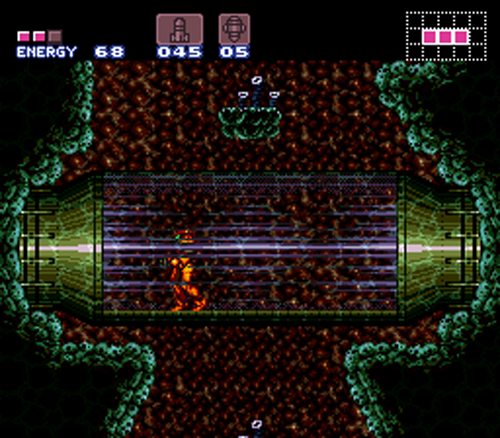 I always love this part.

As you probably realized by the last point, upgrades are the third pillar of this gameplay style. In order to access new areas the player gets more and more powerful, acquiring new abilities that allow him to reach previously unaccessible areas. Even more, since there are lots of enemies crawling through the game world some of them may be really though on the first go, but they may be ridiculously vulnerable to a specific item. For these kind of situations backtracking works like a charm. If you make the player go through a corridor full of nasty enemies that take time, skill and patience to take out on the first go, but then you make the player traverse this corridor for a second time -just after they acquired some relevant item that just obliterates those enemies- the player will  realize he is getting stronger and stronger, not because the game tells him he is, but because he is just experiencing that new power by himself, by actually projecting it over the game creatures. This is a great feeling and makes players come back for more time after time. 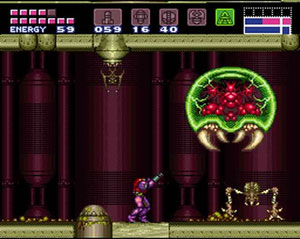 Finally, add a bit of suspense to the mix

Of course, if on top of this rock-solid gameplay elements you add suspense, a bit of terror, some unexpected results, like walls breaking up, or monsters appearing where the player thought he would be safe then you will add the final touch to the whole experience. You will have a well rounded adventure game that will not only be fun and exciting to play but one that would be memorable and that will make players want to replay it for ages.

That’s it for today folks, hope you enjoyed the ride so far. Keep signed on for future updates!

See you next Mission!