When someone thinks about creating a game, he usually goes for his best, then distribute it and earn some money, but my latest project wasn’t this way.

From the very beginning i didn’t mind about not becoming hugely rich with this one, besides giving it some visibility in my personal portfolio.
For once, I planned some technical things like combo implementation or orthographic cameras as main goals, instead of focusing on the game design, using a “lower” level framework that allowed me to build those things almost from scratch. 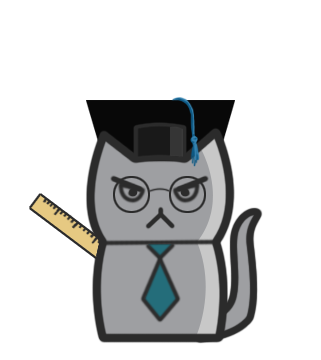 Boss wants to learn too

Why focus an entire project on learning?

It’s usual to hear sentences like “I want to go to a game jam, but i don’t feel ready for it”, or “I want a job as video game dev, but I don’t know where to start”. Well, why not starting something right now, by yourself. Why don’t design a project with the sole purpose of learning anything you want. If you don’t feel ready for a jam or a job, why not fix it right now?

It’s not a mandatory to know about, for example, how a 2D camera works. Today, creating a video game does not require high coding skills with all those high level frameworks. In my case I always asked myself how its possible to draw in the screen all these things, move everything, how the lightning or particles effects work. Maybe I’ll never code a particle engine again, but now I know a few things about how it works.
In your case, your goals may lead to other ways, like learning Unity, practice 3D modeling or texturization. In the end it’s the same. You can go for a great game, with some incredible new mechanics, but I think it’s useful to keep learning as a main goal at least for once, moreover if you are almost getting started in this awesome world.

I started writing down a list with everything I wanted to test and learn something about:

After setting up the main goals, I defined the kind of game to develop and the time I wanted to spend on it: a 2D scroll beat’em up and an maximum of 3 months. I chose 2D scroll beat’em up mechanics because it’s a well known scenario that fits well with everything I wanted to code and create, and I set a fixed deadline because, in my opinion, the deadline has a huge impact over the final result . A Spanish game designer said at a game lab that a video game is the best piece of software you can create with the given resources in a limited time. You can’t keep improving your game forever, you need to release it someday, and having a deadline can help you to set a project as finished and move to another before being stuck.

At this point, my Russian friend Stanis joined me in this quest, adding Lan multiplayer to the “to do” list. I feel fine working along him and he is able to carry out a huge amount of work in a short time, multiplying our available resources. Working along someone you feel fine with is always the best scenario. Teammates will have a different vision of the project, some knowledge that is new to you (and his time and effort) that allows you to push a project to new limits you can’t reach alone. Maybe i’ll trick him to write something here in the future.

So finally, we had our goals, the kind of game to develop and a deadline, but we hadn’t a topic or a story for our video game. After a while we ended with a nightmare world where a disguised child faces some monsters. Nothing too complicated, but trying to get away from the sword and magic cliche.

In nightmares, even the cutest bunny is dangerous!

From here is where we started the design and the coding process. We used some software engineering tools and XNA as a “low” level framework despite of it being deprecated by Microsoft, but these are other stories, and for now I wrote enough to please boss for some days T_T. I only have to say that, in my mind, this project was a great success. We have learned more than we expected from it, and moreover, it proves  us as coders, designers and as a team. Now we know we can work together under pressure with some good results, and sometimes that’s the best end for a project… and a great start for the next one!

Ah!! Feel free to follow us at twitter and Facebook, or subscribe to our blog with feedly using the icons from the sidebar, or write any comments below, we’re still learning about everything, even writing in English!

Boss may show us some mercy if you do so!