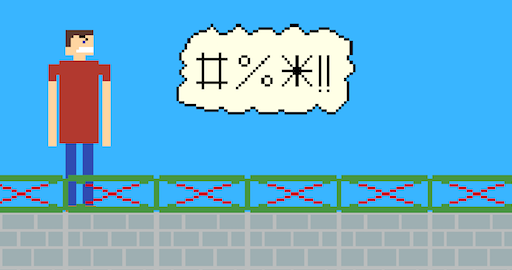 END_OF_DOCUMENT_TOKEN_TO_BE_REPLACED

You probably have noticed by now, but lately we talk a lot about jams. Yeah, we do. Specially me.

But what’s not to like about Jams?, they rock!. They allow you to grow as a developer and they feel like that much needed kick in your ass that just makes you stop making excuses and start making awesome things. They do exactly that and they are great just because of this reason alone (among a lot more!).

Last month I took part on the famous Ludum Dare 30. I already talked about that so let’s not repeat that stuff again here. The important thing is that even though LD30 has already come and go that doesn’t mean there are not any more jams in sight. As a matter of fact, today starts one of the mid season events: Mini Ludum Dare 54!

The rules are a lot less strict but it’s the goal what matters, and for that reason I wanted to take part on it as soon as I heard about it.

But the thing is, that game jams – as many other things in life – are even better when shared with people. For this I decided to tell Antonio about it. He liked the idea so from right now until september 29th we both are going to take part on Mini LD54, and we are both going to try and do our best making some awesome  games.

During this whole process we will be giving out updates, info and almost anything you can think of about our submissions all along their development.

Are you excited? I sure am!

Oh, I almost forgot!, the proposed theme for Mini LD54 is: “It’s a race!”, so I expect lots of racing games, but hopefully we will see a lot of original ideas and some lateral thinking around it 🙂

Well, with that said, stay tuned this weekend and the next week for updates on both games, it’s going to be good!

Ladies and gentlemen, START YOUR ENGINES!