Sometimes a player asks himself something like ” Wow, how the *%¿! is this made?!”  Feeling curious about how a part of a game is made is the first symptom of the gamedev curse and never ever playing a game will be the same. Where there was some portals now there is a code challenge and those awesome shooting mechanics are a nice case of study… it’s the gamedev curse and no one can escape his touch (muahahahaha!) Lots of  “how to design games” guides or professional game designers talk about playing games as advice. For me it’s not only a good advice, it’s a must. For me anyone who wants to make games should play other games as much as possible, any kind of games, from AAA games to the last indie scene’s hidden gem. Play , play, play and then look for more interesting games to play as research, using every game as a resource of new ideas and challenges. 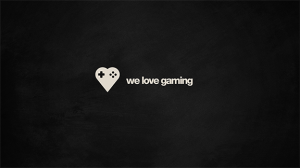 Trying it by Yourself

Look for new awesome technologies or mechanics while playing other games and try to reimplement them as part of your own project is a nice way to learn. Some time ago I created a videogame only to try by myself how to implement some crazy things I saw while playing like a parallax background or a combat mechanic I loved from Aces Wild. Some of these processes can be found here and here.

A nice way to get lots of indie games (or sometimes not that indie at all) is following the Humble Bundle initiative. They have some quite good sales while helping people. Ah! remember that it’s ok to learn from other’s work, but earning money with it it’s not that nice. Boss will be watching!

“That level was incredible!”…”that last boss was a huge challenge”…”the interface is quite nice”… all those sentences are driving you to replay at least a part of a game, and you should do it. Furthermore, take a pencil and some paper and write down what you loved, what you hated and why. Those kind of notes are like a gold mine for anyone planning a similar game. Searching for analysis and notes for other players is also a way to play a game looking for technical highlights or problems others noticed before. Devblogs like Flasbang’s Studio and their combat mechanics analysis are a good example.

Not every game designer is a skilled gamer, or there is not enough time to complete every quest or hidden challenge. Sometimes a veteran player may find something hidden even for the developers, like the combo “bug” from Street Fighter or probably it is more used to find bugs in common situations. Speaking about competitive games, watching competitive players is a good way to learn about game balance and how they push a game to the limit to earn as much advantage as they are able to. Youtube is one place for this, but there are also some well know stream platforms like azubu, mostly for competitive scene, and twitch, where some studios like doublefine broadcast regularly.

As every week, that’s all for now. We’ll be glad to answer any question here or on our twitter (upper right bird, you know :P) . Until next monday!