After a huge amount of work finally the time comes: the videogame is already finished! Congratulations to everyone who took part in the process! Buy some booze and let’s party!

Then someone realize that there is no money for booze because the game itself does not produce any income stored in the studio main server, the party gets delayed and someone says something about distribution and marketing. Usually is not like that, but it’s a way to show how a game has more assets than most of people thinks. As a teacher said in one of my Software Engineering classes, every file of a project, including documents, code or even images are “software”, and in my opinion, every resource created for a project are part of it even if it’s  used externally, like in the Google Play store or the Apple App store. Those resources are logos, screenshots, landing images, icons, press kits… when a game is finished there is still a lot of work to do.

Landing in the right way

The landing screen is in most cases the first image of the game seen by a possible customer browsing some app store and his first impression. That’s why the landing images usually are not screenshots from the game aiming to give the best possible look using high definition illustrations and the game logo.

As seen in the example image, both landing images are far from the videogame look using illustrations and the game logo in high definition, trying to look as amazing as possible to persuade  every indecisive customer. Obviously, the landing page can be made using ingame screenshots, but if you are not sure about your game look, better create something awesome with a good design.

Sometimes an indecisive customer needs more information to install a game, like how it really looks and what’s the game about. A good screenshot is nice way show this kind of information quickly, but a bad one means people tossing aside the game. The screenshot below is a good example of a bad screenshot, without showing some main mechanic of the game, without information and in a pretty low resolution. 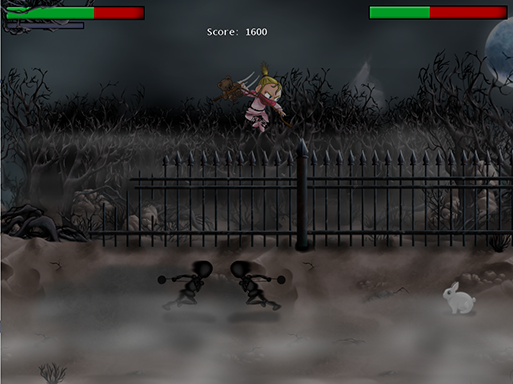 All those points can be seen in the following examples from Clash of clans and Iron Knights from the Google Play store.

Screenshot examples from Clash of Clans and Iron Knights

Icons are important too

Once the game is installed, furthermore if is a mobile game, it’s time for the game icon to do its magic. A good icon will keep on it the user sight and scream “hey, I’m still here! want to have some fun babe?” while a bad one condemn the game to the oblivion. An icon needs to stand out no matter which color the screen background is. I was so proud with my first mobile game icon until I realized it won’t work over a blue background. As you can see below, at least the metallic ball was noticeable, but the icon does not stands out over the blue background.

Jetpack joyride’s icon is a good example of using bright colors with a squared frame, keeping user’s sight on it forever (or until he touch it to play :D) 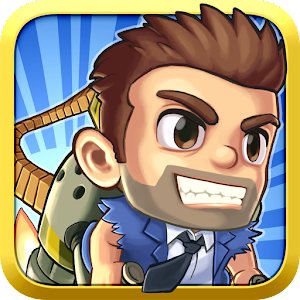 That’s all for now! Follow us at @Strandedsoft if you liked it or leave any comment and tips below