What has gone wrong?

A game jam is somehow like a bigger video game project with a deadline of 48 hours, and in both cases everything might go wrong. When a project is cancelled, even if it’s for a game jam, a good option is going back and find out what was wrong (or what did well, sometimes is a lot easier). In my case these was some of the keys of my failure:

Looking for the bright side

OK, the plan didn’t work at all, there is always something positive to learn, even from cancelled projects. In my case, the game is not finished, but every hour I spent on it worth it: 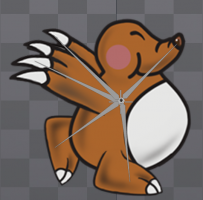 Here ends today’s post. Next Ludum Dare is in December and I’ll try to be ready for it!

Thanks everyone and see you soon!