It’s amazing, cause it feels like it happened almost yesterday, but Ludum Dare is back again for more crazy game development action with Ludum Dare 30 taking place just this weekend.

Here at StrandedSoft we are big fans of this event, where people from all over the globe set up on a proposed theme and try to make a game around it over the course of 48 hours. Graphics, code, art, gameplay, everything has to be done in just one weekend from start to finish.

But it is also difficult to build up the courage and commitment to take part in it and manage to finish your game on time. This is going to be my third Ludum Dare, and I’m absolutely no pro or expert on the matter, but sure as hell I have a few tips for the newcomer that I’ve learnt along the way.

Ludum Dare is a place to test your skills, creativity and workflow and it is a great event where you can get things you like done in no time, while you learn a lot while doing it. This means that the longer you spend actually designing and making your game a reality the better and the more you will learn. For this reason you don’t want to spend that little amount of time trying to fight your way around a new engine or framework you just discovered. Those are things you can do on the weeks prior to Ludum Dare but not during the actual competition. It’s going to be a total failure unless you are one of those “clever” type of people or simply know exactly what you are doing no matter what engine you are using.  For the rest of us mortals I would reccomend to have some prior experience with the tools you will be using during the compo. This way you won’t spend precious time trying to figure out why the damn thing won’t work instead of doing something awesome (and that everybody will be able to play).

Don’t be afraid of spending good time on the planning and designing phase. Don’t code a single line until you know exaclty what your are going after. Even more, make a list of things that absolutely need to be done for your game to work and forget about everything else. Every minute you spend thinking and planning things thoroughly could mean an hour less of wasted coding time. It’s very easy to end up lost inside a jungle of unfinished code without knowing what is important and what is not, so be very careful with what you choose to implement and think about every possible outcome that implementation could involve (you don’t want to spend 2 hours trying to catch a game-breaking bug that apparently appeared out of nowhere).

The same goes for the art and sound departments of your game, don’t lose time drawing  things until you know precisely that they will be needed for your game.

Of course, this does not mean that you should not sketch and draw some concept art while on the planning phase, in fact I think this should be mandatory -as long as you don’t absolutely suck at drawing, that is – because this will be the way to tell right from the start how your game will end up looking and feeling. So sketch and prototype as much as you want, but don’t waste time building things you don’t need or you’ll regret it by the end of the weekend. 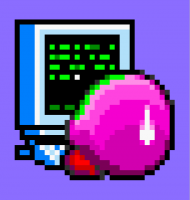 No Kirby, LD is not the place to learn SDL from scratch.

Don’t neglect aspects of your game

At one point of the competition you are probably going to see that the is not enough time for you to finish everything you planned on time. Don’t panic, this is normal and can happen to everyone of us. At this stage your first reaction is going to be something along the lines of: “fuck it, I’ll just continue without doing this thing”, with “this” going from audio to a title screen passing through having a bug-free game.

It is ok to cut things out. It is ok to make a short game with bad graphics. After all it’s just a weekend of time so everybody will understand. But that is one thing, and the other is to just ignore some really important parts of your game. For instance, having a title screen may mean nothing to you or the player gameplay-wise but it just shows a kind of care and quality that will draw players in. The same goes for the audio department, your game will be way better (more than you think) if you just take a bit of time to put some sound effects and music in. The experience will be enormously better so the time spent/game quality ratio will even amaze yourself.

So please remember this, cutting things is ok, but first you need to know what is vital to your game and what is not.

Save up enough time

It may sound silly, but taking part on the Ludum Dare compo needs a special kind of commitment. You are going to need a lot of time to manage to finish something meaningful, and considering you arelady have only 48 hours you won’t want to miss even more just because “it’s a weekend”.

Don’t fool yourself thinking that you can manage and do everything you wan’t, that you will go that BBQ and start coding up afterwards when you get back home. It’s not going to happen. you will go to the BBQ, have a blast, get full of unholy food and by the time you get home the only thing you will be thinking of will be about your own bed.

For this you may wan’t to prepare and plan ahead, so you can make sure no other plans overlap with the weekend’s compo. It’s not like you won’t go out ever again, you just have to commit a weekend and on exchange you will get the immense satisfaction of finishing something on your own and the opportunity of getting your game played by thousands of people around the world.

Which to me is way more awesome that the few pints your are missing on that saturday night you are not going out, really.

So far I’ve shared a few lessons I’ve learnt from my two prior experiences with Ludum Dare. The first time I tried to submit something I couldn’t even finish the damn thing and probably made every single mistake I can think of. The only good part about it was that I could save the sprites I had already made and use them for another game, but the whole experience was a bit demoralizing for me. The second time took place last april, and even though I didn’t get as far as I wanted I managed to finish something and made my first submission to the compo (as you already read on our post-mortem about my experience).

This weekend’s compo will mark my third attempt at it. I like to believe I’m more prepared than ever and that I’m not going to make the same mistakes I did in the past. We’ll see about that.

I will be tweeting about my progress during the weekend so please stay tuned for more news on our submission. I’m beyond excited.