For some people, indie developers are some kind of geeks who spend their spare time hiding at home, in front of their computers writing code or designing strange things for a new videogame. They are right, that’s what’s we usually do!

But sometimes we hang out with friends too (yeah, we have friends too) or we spend some time with our girlfriend/boyfriend (I promise, indie developers may get engaged too!) to leave this crazy world of videogame crafting for a while. But what if both plans can be merged? how about introducing your beloved friends to the game design process?? Muahahah! 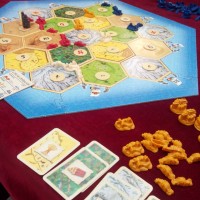 Table top games are great, but they are even greater for game designers. Those things full of lovely stuff like dices, cards, miniatures and fancy boards are an incredible source of ideas for new mechanics; even while trying to survive against a huge zombie abomination or destroying Tokio with a giant monster. 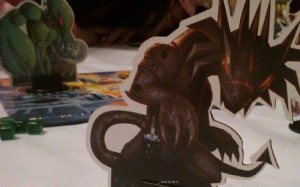 The king of Tokio

If anyone want to know more about this kind of games, Will Weaton have a Youtube channel where he plays almost all of them with others well known geeks: Tabletop Games

You can simplify your game mechanics enough to play your videogame as a board game? There are some friends available to test it? Oh lucky boy, build a paper prototype as fast as you can, you don’t even need a real prototype to start getting some feedback. That’s an awesome way to see if the base of some kind of multiplayer game works fine using tools like dices and paper sheets.

Sometimes I feel like I have the best history for a videogame anyone can imagine, but how I know if my innovative idea about a princess, a dragon and a knight is fresh enough? There is something I call the RPG player test. If a history is solid enough to entertain for some time a group of players using only dices, paper, pencils and tons of imagination, it should work as well on a videogame with a few tweaks. There are RPG systems for almost every situation and game topic: steampunk, medieval, scy-fi, western… including generic systems like D20 to represent every crazy idea. 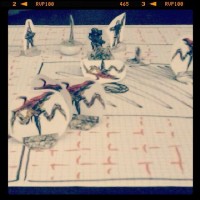 RPG adventures are like a huge benchmark where everyone have fun:

An RPG adventure is not easy to master, and finding players may be hard as well, but you might get something more valuable than feedback with this process: new ideas, better base history, more solid characters and of course more friends.

To my lovely Sunday band of geeks, for those years of adventures, critical hits and epic failures.